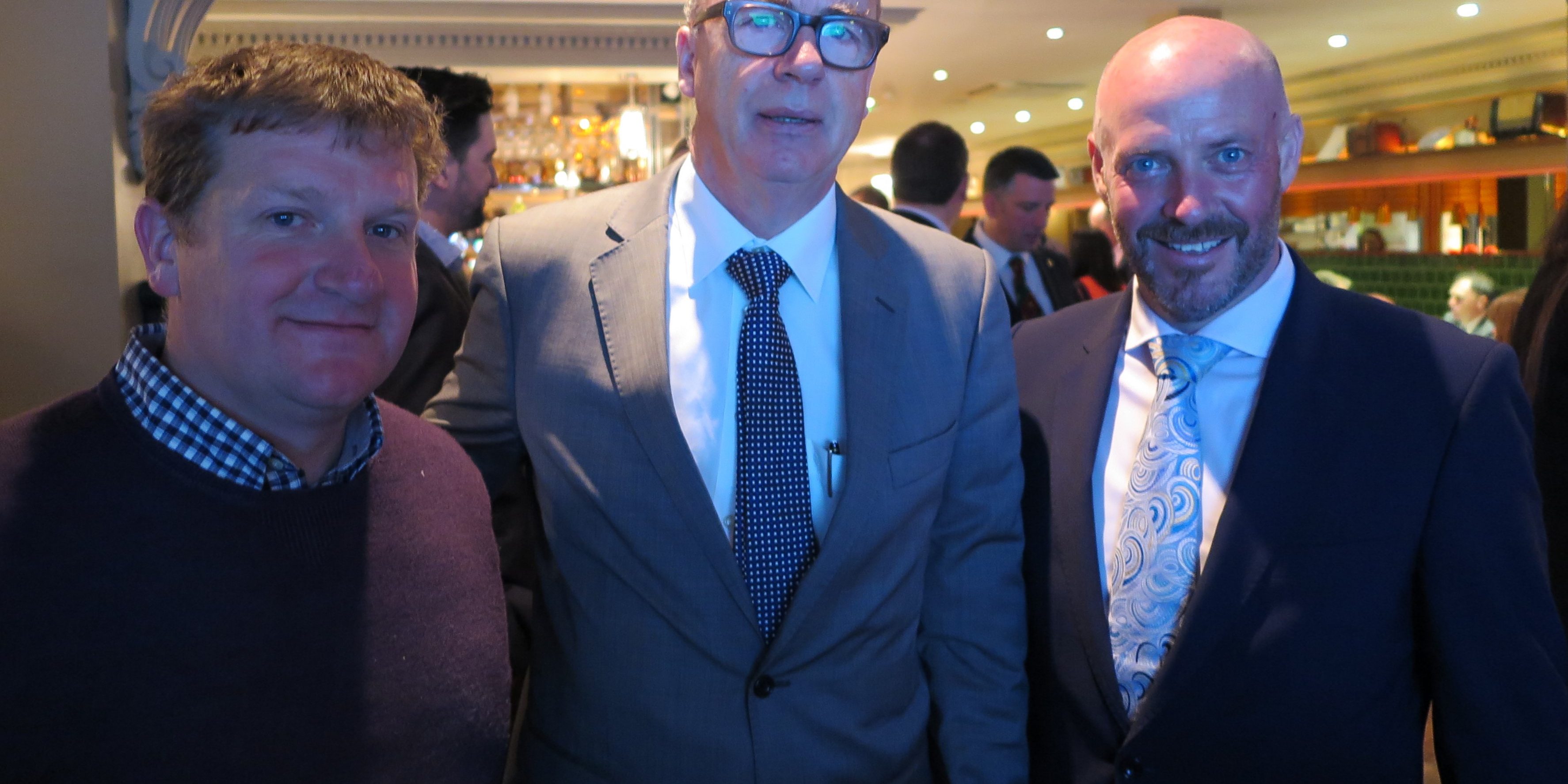 A diverse array of professions and commercial sectors came together in the capital recently as the Donegal Dublin Business Network (DDBN) held its first breakfast seminar at the 1900 Restaurant in Harcourt Street.

More than 60 attendees – all with strong connections to County Donegal – were at the venue by 7.30am to avail of a new network of potential colleagues, suppliers, customers or business mentors.

The DDBN, which was launched in February, aims to foster mutually beneficial relationships between Dublin-based members of the business community who are from Donegal or who have strong links to the county.  It also seeks to provide members with access to a range of speakers who can offer useful insights and analysis on subjects of commercial interest and personal self-development.

The organisation’s first seminar adopted a digital media theme and two speakers offered advice on leveraging business opportunities from online news and social media platforms. Garrett Harte, a former editor of the Newstalk 106-108 national radio station, talked about cutting through the noise generated by a multiplicity of digital advertising opportunities to identify the best return on investment.

The Raphoe native advised his audience that 50% of adults in Ireland consumed their news from social media sites but didn’t actually know where this information originated. This meant that whilst advertising exclusively on Facebook and Google was tempting for businesses, it also carried significant risk.

“To take advertising in County Donegal as an example, I would guess that a high percentage of spend that used to go to local news organisations – whether radio stations, local newspapers or local websites – now goes to Google and Facebook. These new platforms don’t create news. And whilst Google or Facebook didn’t plan the emergence of fake news on their websites, they allowed it to happen.

“Advertisers with a long-term strategy need to get off the drug of cheap digital opportunities. In the long run, with the risk of fake news, it will do nothing for your brand equity. I think we’re all agreed that County Donegal would be a much poorer place without a local media and this is a possible future scenario unless advertisers truly consider the value Donegal-based reporters deliver.” The event speaker explained.

The breakfast seminar’s other speakers represented the LinkedIn business networking organisation.  Declan Sweeney, a native of Letterkenny and Dublin-based employee, introduced the company.  He said that whilst LinkedIn recently hit the 500 million members mark, just a single new connection by someone in the room would be enough to create a business opportunity.

His colleague Laura Mohora, a Talent Acquisition Partner with LinkedIn who looks after the company’s business interests in Ireland and the UK, then took those present through a process which would allow them to optimise their presence on the site.

Her five key take-away points for LinkedIn users included advice on enhancing personal profiles and brands; connecting with your network; adding a photo because it’s harder to forget a face; follow companies, thought leaders and industries; and tapping your connections and joining other networking groups.

Becoming a member of DDBN

The DDBN has asked those interested in becoming involved in the organisation to email donegaldublinbusinessnetwork@gmail.com to receive a membership application form.

The group is open to people who have an office or business address in the Greater Dublin Area and who are from Donegal or who have strong links to the county. Payment of a €30 fee for the remainder of 2017 will afford access to members-only future events, including a talk by former Donegal GAA football manager Jim McGuinness in mid-May.

The business network is working on creating a website and this will soon be able to process membership applications.  In the meantime, those interested in the activities of the organisation can find it on LinkedIn or follow the network on Twitter@DDBN2017.