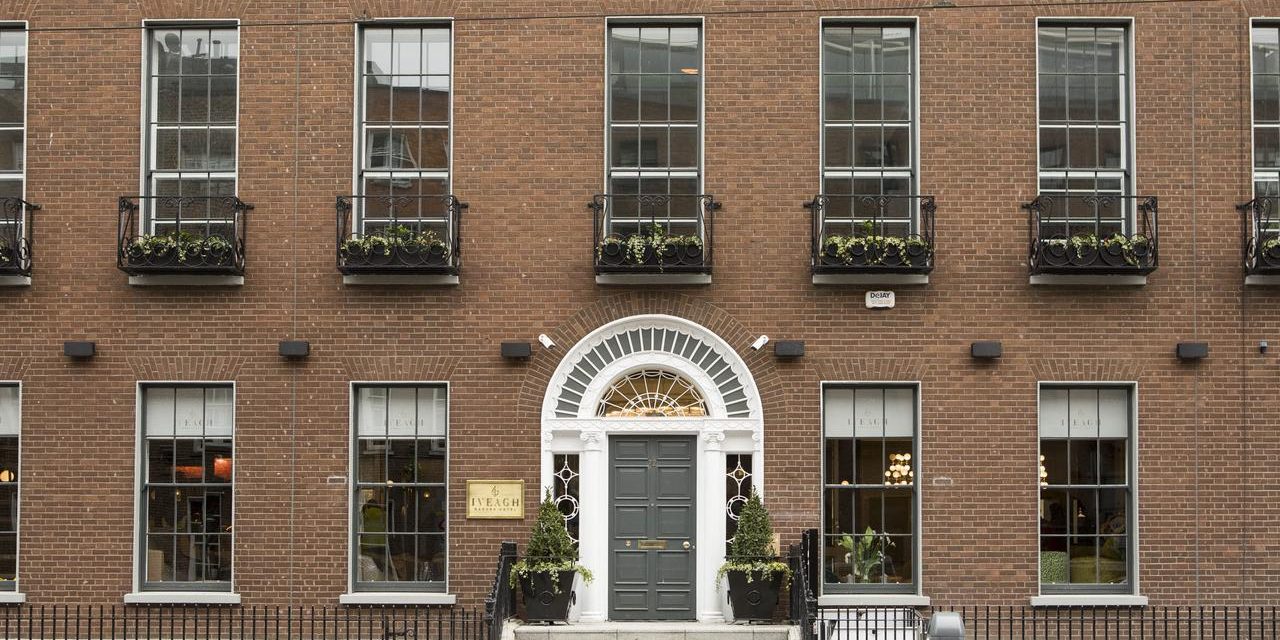 One of the capital’s newest and most environmentally-friendly buildings was the venue recently as the Donegal Dublin Business Network (DDBN) held our first networking event of 2018.

The Iveagh Garden Hotel on Harcourt Street has been opened by Brian and Sally McGill and their family, who have strong County Donegal roots and a portfolio of businesses across the capital.  It is a new sister hotel to the well established Harcourt Hotel.  It boasts 152 bedrooms and is located on Harcourt Street, in the heart of Dublin’s Central Business District.

DDBN chairman Paul Doyle told the gathering that the hotel, which aims to create the lowest possible carbon footprint by utilising hydroelectricity from the River Swan that flows 50 metres beneath the building, was a testament to the creative thinking of Donegal entrepreneurs. “The ground-breaking energy system beneath my feet uses gas turbines to create the power that allows these premises to be described as Europe’s first ‘sustainable hotel’. It is great to see Donegal people setting new international standards in areas as important as environmental responsibility and I would like, on behalf of the DDBN, to wish the McGill family every success with this marvellous venture,” Paul added.

The DDBN would like to thank the McGill Family and Hotel Management for providing us with an excellent venue, along with wine and finger food for our first event of 2018. You can learn more about the hotel, and book your next stay in Dublin, here.

Earlier in the evening, Paul and other members of the DDBN officially presented a cheque for €8,350 to Pieta House North West, the proceeds having been raised at a special fund-raising Christmas business lunch towards the end of last year (see photo below).  Established twelve months ago to encourage Donegal business people based in Dublin to network, refer business and to share contacts with each other, our network now has close to 200 members and held a series of gatherings last year.

The DDBN would like to remind those members who have not renewed their €30 annual subscription that they can do this here. We already have a series of events scheduled for 2018, the next of which will take place on 19th April in the historic surroundings of Iveagh House, home of the Department of Foreign Affairs & Trade, on St Stephen’s Green in Dublin. This is members-only gathering will be addressed by Eoghan Murphy TD, Minister for Housing, Planning and Local Government, who recently rolled out the €116bn Project Ireland 2040 national development plan. You can sign up to attend this event here.

Membership of the network is open to those who have a place of business or are employed or engaged in business (i.e. you must have an office and must be active) in the Greater Dublin Area and are from or have strong connections to Donegal. Information on the network and its activities are also available by following it on Twitter @DDBN2017 or by connecting to the “Donegal Dublin Business Network” LinkedIn Group. Our membership cards are provided by Donegal owned Costa Systems and will be given to you whenever your membership has been paid.